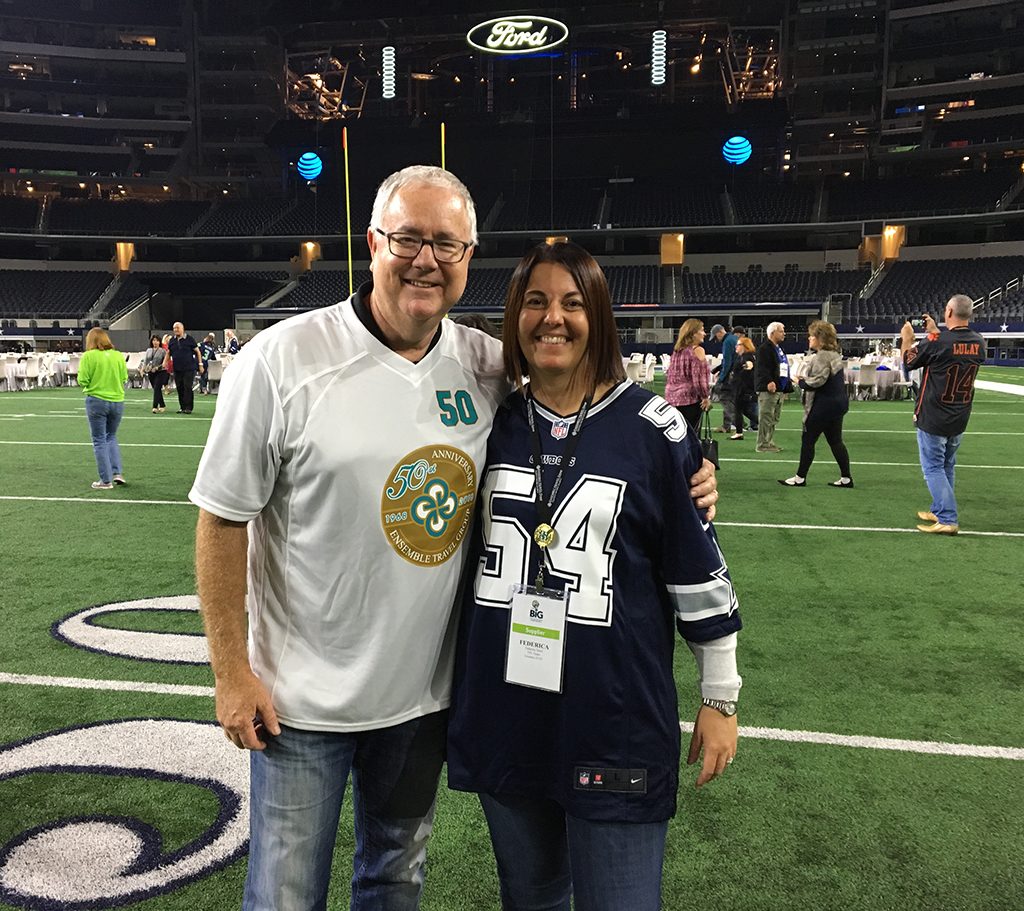 DALLAS, TEXAS – Ensemble Travel Group annual conference, “Think Big”, was held at the Hyatt Regency Dallas, Texas.
Ensemble Travel Group honored its top-producing members and suppliers in the United States and Canada at the organization’s Circle of Excellence Gala.
“2016 was the best year in our company’s history from a North American profit-sharing perspective, and this elite circle of members was a driving force behind that success,” said Ensemble Co-President Lindsay Pearlman in a written release. “A huge congratulations to them for this outstanding achievement and for supporting our preferred partners in such a significant way.”
TFL Tours was honored as 2017 Ensemble On Location Partner of the Year. This is the fourth award in the last six years. It is an exceptional achievement as no other On Location Partner has won this award more than once.
Ensemble’s closing party in 2017 was held at AT&T Stadium, home to the Dallas Cowboys and the world’s largest video board, where dinner was held directly on the iconic football field.
The picture shows Federica with the Ensemble Co-President Lindsay Pearlman.